How to Add Android interface to stock infotainment system

Joined Mar 27, 2014
·
79 Posts
Hey I wanted to do a review and instruction on adding an android interface to the stock infotainment system. See below for a video of the finished product:


In order to make this possible you need these two things from this place called INDIWORK in south Korea. The HD-Link box IW03GF that I did a write up on here that gives you an HDMI port and backup camera capability along with other things, and the M2C-1001W which is basically an android box that is made for a car. The Android box just came out and it actually integrates with the factory touch interface through the IW03GF. Link for the android box is here (You can also find the HD-Link box on the site as well):
http://indiwork.co.kr/shop/android-settop-box/m2c-100iw-android-settop-box/

Link for my install of the IW03GF box is here (No need for the touch interface contraption I created lower in the post to make this android box work. That was for controlling a phone, though it proved not very reliable and I removed it.):
https://gm-volt.com/forum/showthread.php?178482-Mirror-HDMI-Device-and-Add-Rear-Camera-to-OEM-Screen-Without-Reprogram-Installation

Review
I have had it for almost two weeks to figure out the best uses of it. The box itself runs Android 5.1, has a micro SD card slot, a USB port, analog headphone audio output, separate microphone, remote GPS antenna, and bluetooth. It is able to be controlled by the stock touch screen. Install was fairly easy since I already had the HD-Link box, I won’t go into much detail on that yet.

Once installed I noticed that the analog audio output is not great but I was able to workaround that by connecting to a small $15 bluetooth unit then connecting that to the analog input of the Volt. You could directly connect the box to the Volt bluetooth but you then lose your phone call ability through the car. Sound through bluetooth is great especially when using the custom audio driver ViPER4Android. I will touch on installing that in the install section. Even without the custom audio driver, there are other EQs out there that enhance the sound. Also you can play music through a USB DAC using an app called USB audio player pro, still on the fence with if a DAC is worth the trouble or not...

I used Car Launcher for the launcher which is what comes up when you hit the home button. You could also use the Android auto app. Using the Tasker app I set my phone to turn on the hotspot as soon as the phone connects to the car so the box connects to my phone hotspot automatically when I get in the car. You can do voice commands through this box since it come with a mic as well.

Overall this thing is pretty awesome, the only issue I saw was with the analog audio output but that can be worked around fairly easily. Touch response is nowhere near what you get with your phone but adequate for a car interface, that probably has to do with the type of touch interface the car has. This is even better than native android auto to me since you don’t have to plug in your phone every time you get in the car. I have another car with Android auto and sometimes it can be glitchy or slow to respond. With cars getting more integrated with the infotainment now this seems to be the best way to upgrade your head unit without losing any of the stock interface. 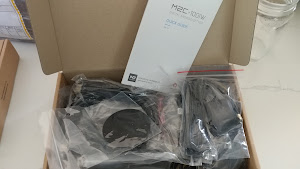 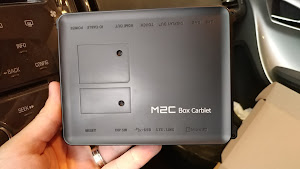 This install assumes you already have the IW03GF HD-Link Box installed. If not, you can reference my other thread here first. This took me around 3 hours for install then you need to setup the software for the box as you want it.

1. Remove the panels attached to the center console left and right. They pull off.
2. This might be optional but you need to remove the whole center console if you want to cleanly run the headphone audio into your center console area where the stereo input is. The rear needs to come out first then the front.
3. There is a wire you need to tap into behind the stock head unit so you need to take that out.
4. Once that is out run the B+ yellow wire up to the 42pin connector where the HD link box taps into the ACC wire. Use the red wire with the yellow stripe like pictured below: 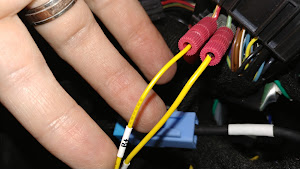 5. I just tapped the red ACC wire into the yellow wire from the HD-link harness since that gets power when the car is turned on. 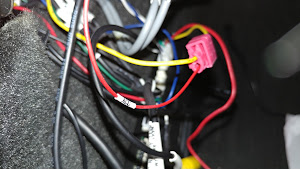 6. For ground I just used an existing screw that was in the center console, see below: 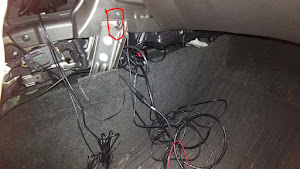 8. The GPS antenna I just placed in the front center console cubby and it picks up satellites fine. The mic I put in the same place.

9. Stuff all the wires and boxes back and put everything back together. If you plan on using a USB DAC, you can run a stereo headphone wire from the box to the middle cubby where the input is, but if you just want to use the bluetooth module workaround that I did you don’t need a wire run to there.

The manual details some of this but I wanted to add a few suggestions.

On initial setup I would recommend you plug a USB mouse into the box in order to get to the touch calibration screen. Just like any other android device you need to put in your google account details then it is synced with your google account.

Car launcher is a great launcher for you car, or you can opt for the android auto app.

I installed the audio driver/EQ called Viper4Android, this is optional but to me it makes the sound quality much better. You need to root the device first though, I did it temporarily with a one click solution called KingRoot then uninstalled kingroot.

Joined Jul 8, 2018
·
17 Posts
Thanks for the detailed review and install, how much did everything cost?
S

Starsky661 said:
Thanks for the detailed review and install, how much did everything cost?
Click to expand...

Looks like the HD-Link IW03GF on their site is now $252 and this android box "M2C" is $359. So $611 total, not sure if shipping is included in that. Full disclosure Jay at Indiwork was nice enough to send me this android box for free so I could review and evaluate it since I was the first to try the HD-Link box on a Volt and post a review. Looks like he has since added the Volt to the list of compatible cars.
1

Joined Jun 29, 2018
·
44 Posts
I just want to use android auto. Can you use it with android auto or do you have to use there interface?
S

1FlyVolt said:
I just want to use android auto. Can you use it with android auto or do you have to use there interface?
Click to expand...

You can use any interface/launcher you want, including android auto. Auto is just an app you can install to the box... I found that car launcher was better looking and more customizable so I used that...
M

madbrain said:
Does voice input work ? For example, saying "OK google" to searcgh, or navigate in google maps ? And if so, does it use the car's microphone or its own ?
Click to expand...

Voice input does work, the unit comes with its own mic...
K

Joined Dec 6, 2016
·
25 Posts
Does this setup still only work with cars fitted with MyLink?

I haven't found a solution for the Bose non MyLink sound system yet.

Do you know if Indiwork have any thing "in the work" for older GM systems like Bose Volt system?
N

Joined Sep 8, 2018
·
6 Posts
Is it confirmed that non-MyLink Volts are incompatible with the HD-Link? I just got one and am going to attempt to install it on my 2012 Volt without MyLink.
S

NightlyH said:
Is it confirmed that non-MyLink Volts are incompatible with the HD-Link? I just got one and am going to attempt to install it on my 2012 Volt without MyLink.
Click to expand...

Not sure, there is a thread on that here:
https://gm-volt.com/forum/showthread.php?228601-Instaling-HD-Link-IW03GF-on-a-non-MyLink-Volt
D

Joined Mar 27, 2014
·
79 Posts
There is no lag that I can tell with connecting to a bluetooth module. Also that is great that you got it working with a non-mylink volt. Yeah The GVIF splitter board goes right into the back of the screen...
N

Joined Sep 8, 2018
·
6 Posts
Hey Scott, I managed to install the android box in my volt with the HD-Link. I want to root the device however I tried KingRoot and it fails every time. What version did you use, the USB PC version or the apk install?
D

Joined Aug 31, 2018
·
4 Posts
I was just able to hook everything up on mine. What bluetooth module are you using? There's a little bit of lag on my audio, its noticeable when playing a movie or something.
D

Joined Nov 9, 2018
·
88 Posts
Anyone knows what made Scott capable of touching the home button to launch the "car launch" screen in the video?
Trying to understand how this works. Is it just a feature of the HD Link box?
N

Ohh I see, that's like what you did in the first thread.
S

Joined Feb 16, 2019
·
1 Posts
is there any way to add something like this for iphone? Similar or comparable to carplay? I know the usb port works for ipods and whatnot, but I don't buy music on the apple store (spotify) and whenever i plug it in, it turns off my bluetooth and tries to use only usb which is a terrible function but i cant stop it.
1 - 20 of 27 Posts
Join the discussion
Continue with Facebook
Continue with Google
or sign up with email
About this Discussion
26 Replies
16 Participants
Last post:
chuckisduck_v2 5 mo ago
GM Volt Forum
A forum community dedicated to Chevy Volt electric car owners and enthusiasts. Come join the discussion about hybrid performance, modifications, classifieds, troubleshooting, maintenance, reviews, and more!
Full Forum Listing
Explore Our Forums
Chevy Volt General Discussion, News, and Events Generation 1 Volt (2011-2015) Hybrid and Electric Vehicle Competitors Generation 2 Volt (2016-2020) Buying, Leasing & Selling - Chevy Volt
Recommended Communities