Joined Nov 9, 2018
·
88 Posts
Some of the people here experienced problem with tailgate latch. It's quite annoying. Mine doesn't close very well, I had to really slam it in order for it to shut. I wish I listened to others to first try loosening the nuts on the latch lock. But I went ahead and bought a replacement part from China. So I ended up replacing it.
Below is the process. 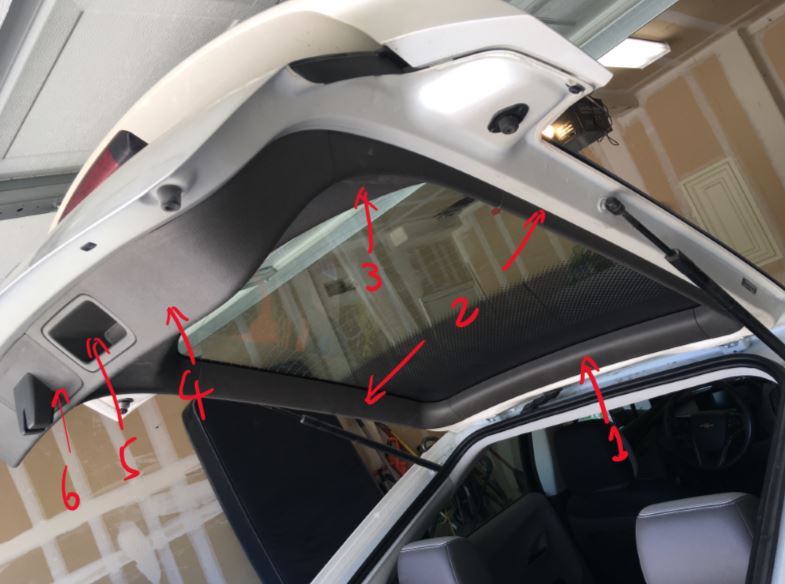 ibb.co
If you follow the procedure of the service manual, you should first dismount the 1, 2, and 3, before trying to dismount 4.
This video(not mine): shows that you can directly dismount 4. I tried and couldn't do it. (there are 2 fasteners on each side, one plastic and one metal) I imagine you can try to do it by pulling really hard, but I didn't want to risk it, so I followed the manual.
1. the upper trim, just pull it. 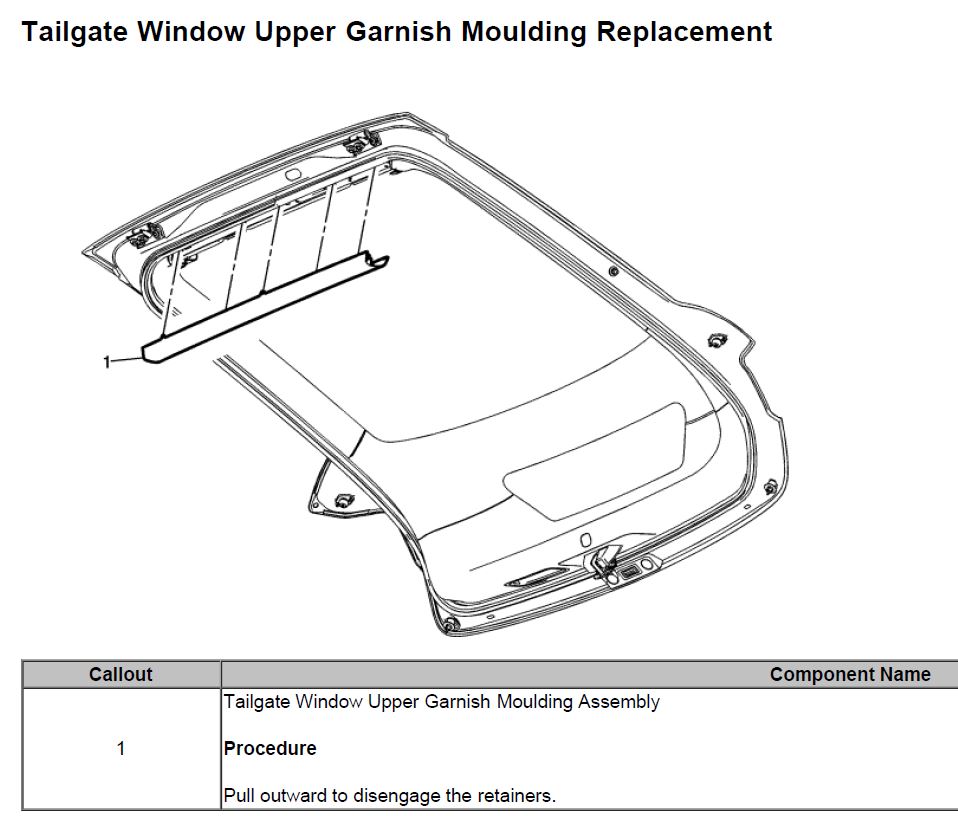 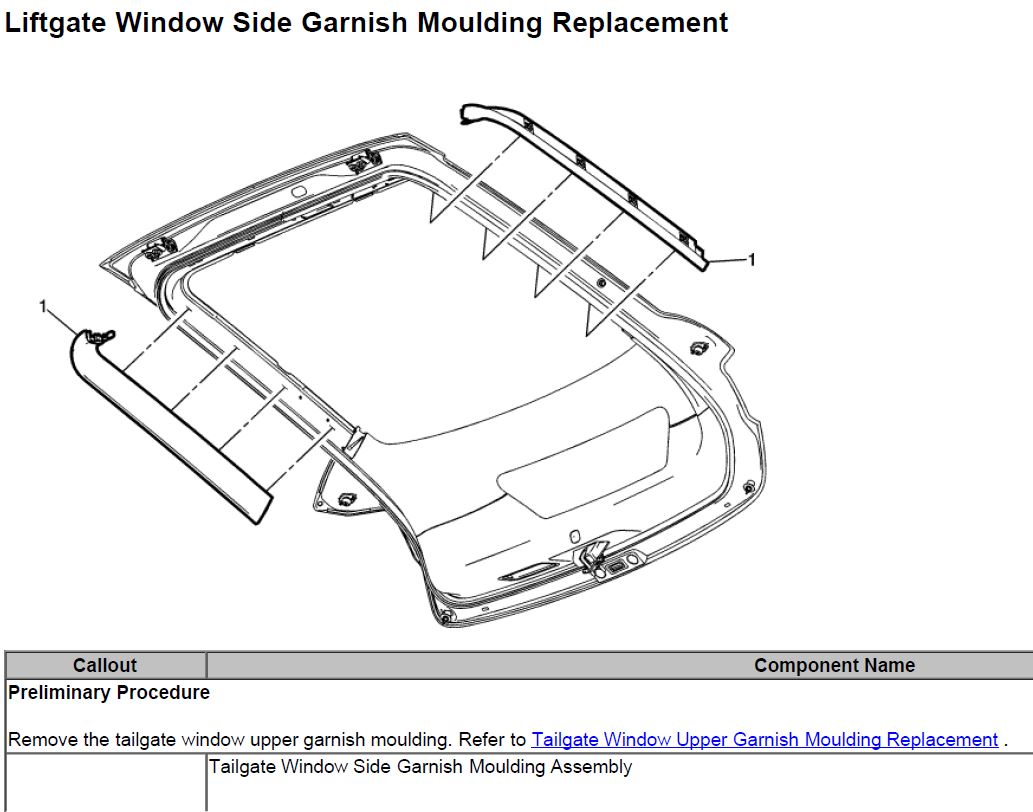 ibb.co
3. unscrew according to service manual 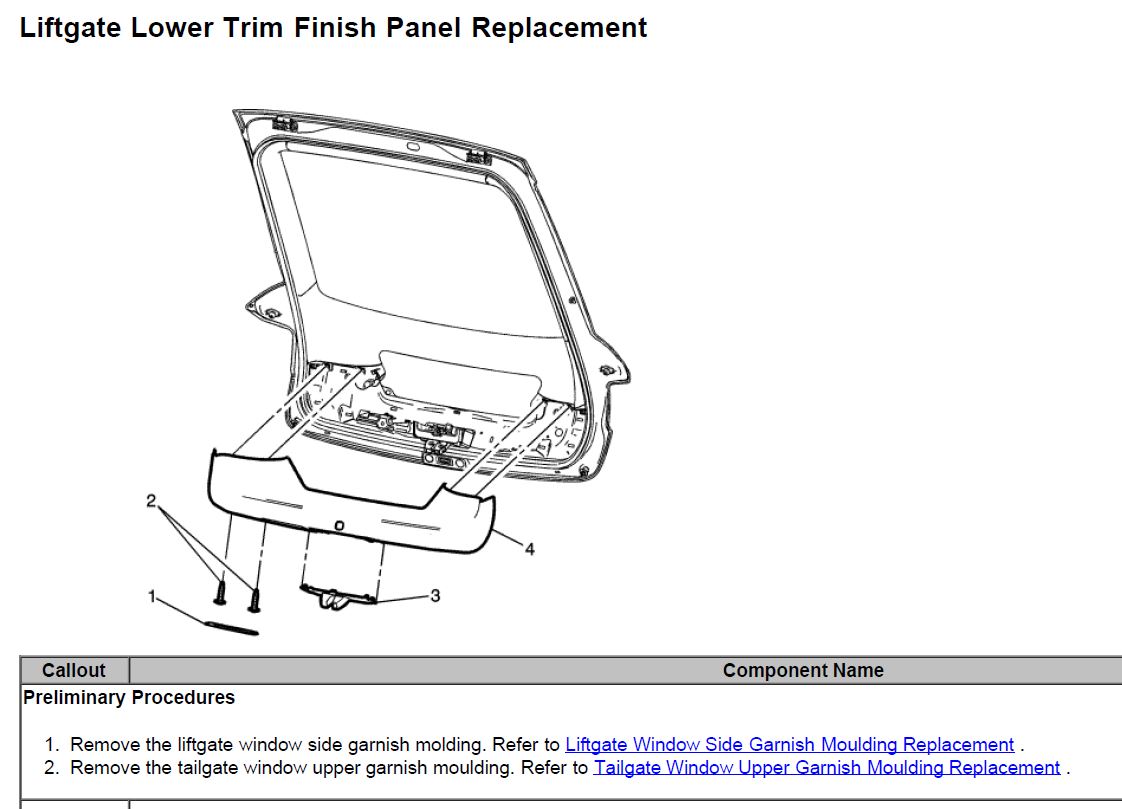 ibb.co
4. part 3, and part 4 as number in the first picture were connected. Although the service manual doesn't have it, but I pulled them as a whole, some fasteners popped and dropped on the ground, I had to insert those back.
5. Replace latch lock according to service manual 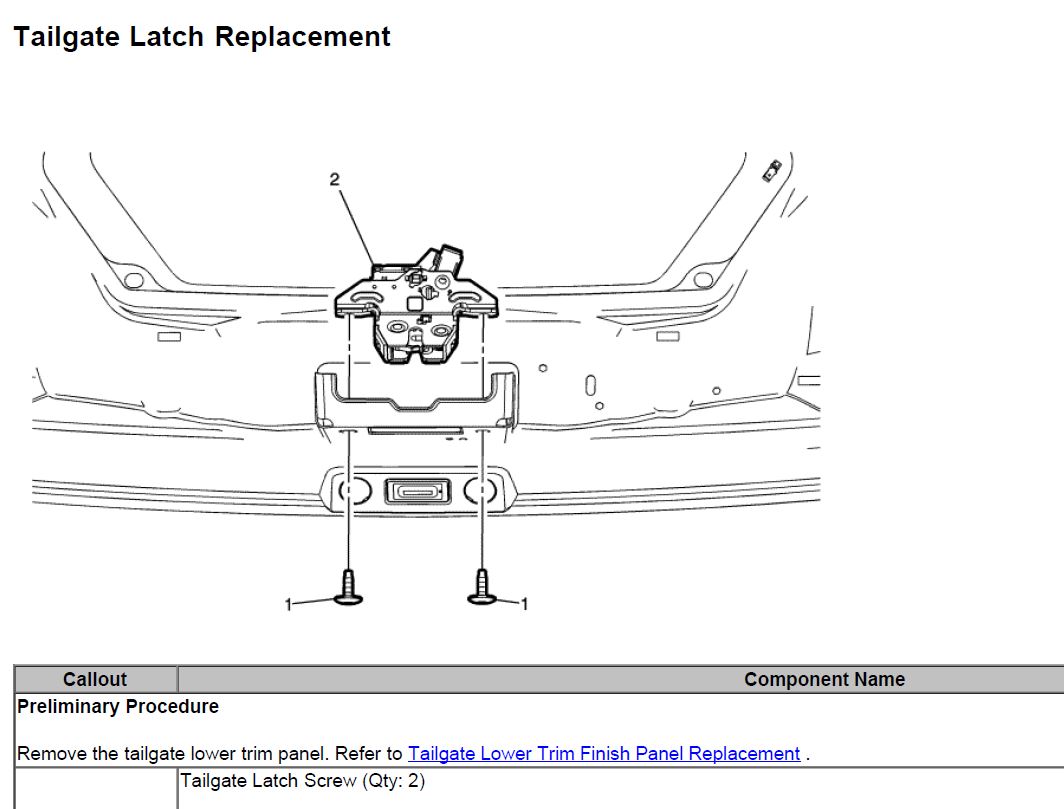 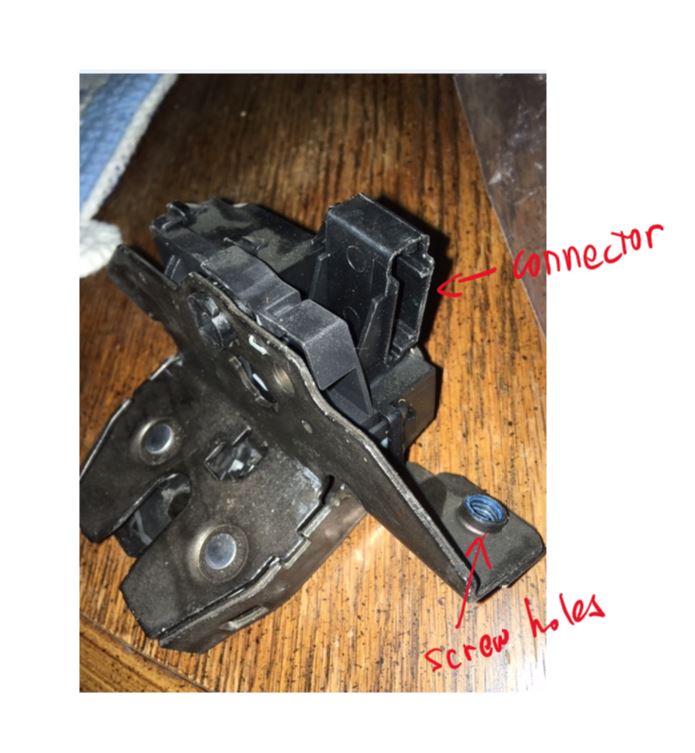 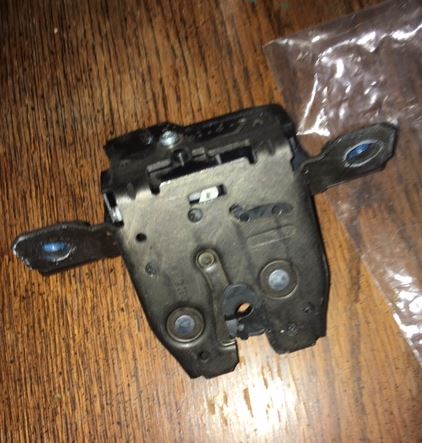 ibb.co
My lock lost some rubber. I thought it was because of these rubber protection that it didn't work properly. But After installation the new part was malfunctioning at the beginning in the same way(need to push hard to close). After several slamming, because I didn't tighten the screws yet, it probably just moved and got into a good position. Now it closes flawlessly(edit, I still need to hold it down, but not as badly as before).
The torque needed was 10N.M. But I though when I was unscrewing the lock it was way tighter than that. Maybe the installer hammered it too hard previously.
6. Put back the part 3, 4, 2, 1 in order, then put back 6 and 5 with the screws.
I found my replacement here: 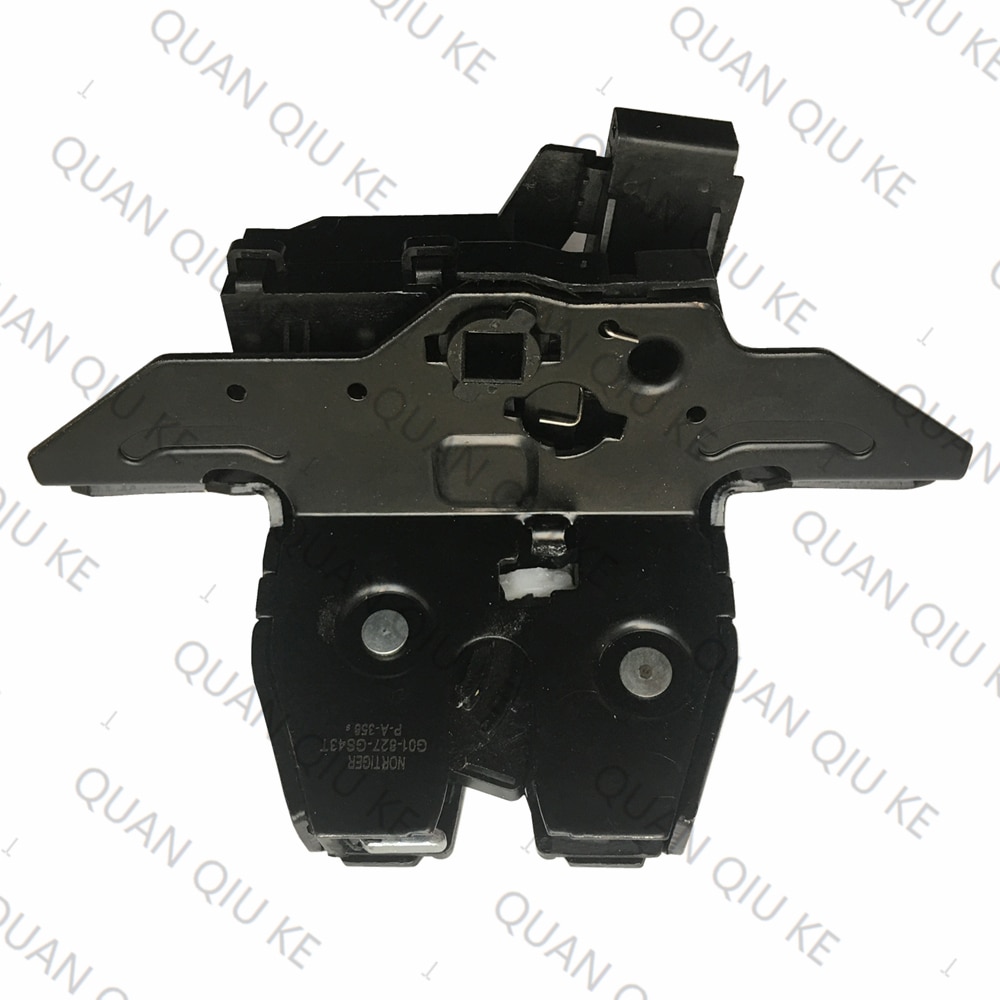 www.aliexpress.com
Tail Gate Latch Assy 13524683 Rear Trunk Lock Actuator 13585478 13587646 13509599
Edit, the tail gate hinge should be adjusted to 25N.M...
From the manual.
Liftgate Adjustment
1. Lower the rear headliner area to access the hinge bolts.
2. Loosen the striker.
3. Loosen the hinge-to-roof panel bolts for forward or rearward adjustments.
4. Move the tailgate within the tailgate opening to achieve the best alignment and operation.
5. Adjust the striker to achieve the best operation and alignment of the tailgate.
6. Inspect the seals for proper engagement.
Caution : Refer to Fastener Caution in the Preface section.
7. Tighten the bolts when the proper adjustment is achieved. Tighten the liftgate hinge and striker bolts to 25 N·m (18 lb ft).
W

Joined Nov 9, 2018
·
88 Posts
Also I realized that the little dots(rubber feet that support the latch) on both sides can be screwed in more. If I just let the latch fall down by itself, it still doesn't close, but if I keep my hands on it, it does. I wonder if this is a feature to avoid accidental locking.