Joined Mar 10, 2021
·
2 Posts
2013 chevy volt with 192k miles on the dash. It's been trouble-free since about 74k miles, when it took them 2 months to locate a partial battery pack to replace what was bad on mine.
I started having issues charging a few days ago.. I've tried two different L2 chargers, plus the OE L1 120v charger. All 3 give the same results. I get a yellow light on the dash that remains lit solid and if I open the car door, the display lights up and says "not able to charge" The battery indicator moves from "empty to full" in a few seconds but displays 0 miles range.. Trying to charge causes the hybrid system to fully lock out and engine runs in full limp mode with "propulsion system reduced" on the dash. Car gets about 34 mpg while doing so but I can tell it's not happy to accelerate faster than half turtle speed. I can also hear the battery cooling fan at the back of the car running full speed when accelerating. If I drive the car at least two heat/cool cycles without trying to charge it, it unlocks Mountain Mode and I'm able to charge the battery halfway on that, then when switching back to normal, get a typical 16+ mile range on that half charge. At this point, the car drives like normal when it hasn't been charged. After the third heat/cool cycle, the MIL goes off. But when I try to charge again, it restarts the cycle.

I checked my 12v battery, and found the positive terminal was completely loose. GM's service techs are the only ones who've ever touched the battery... And that was back in 2017, The nut was fully backed out (I think the end is staked preventing it from completely falling out).. so I disconnected the battery for 5 minutes, then reinstalled the positive and tightened it down. Battery measures 12.7v with the car off. Only engine codes are P0AF8 and P1E00.

I removed the chargeport and metered all 5 pins. All pins are straight and look clean. They all give direct short readings to the back plate connector. I even tried plugging in a 1772 connector and measuring from the back pins of that and get the same readings, so I don't think it's an open signal.

Checked Fuse 44 under the hood for the charger. It's still good (measured direct short, no evidence of discoloration). None of the other fuses there look to be damaged.

Coolant levels in all locations are between Full and Empty.

Are there any other tests I can perform before I fork over an entire paycheck to Chevy on this?
M

Diagnostic Aids
An open charger fuse may cause P0AF8 to set.
Reference Information
to erase the DTC you will need offical SPS scanner or Launch to erase HV DTC

P1E00
• The vehicle is ON for greater than 3 s.
• DTC P1E00 runs continuously when the above condition is met
D

Joined Mar 10, 2021
·
2 Posts
Checking fuses related to the charger revealed nothing.. They're all good.. But pulling fuse 44 caused permanent code U1838.
At the dealer, they said it needs 5 hours of programming updates. No other faults found (of course!) At a cost of $600 Is there any other way to get the updates other than thru the dealer?
I

dnear1 said:
Checking fuses related to the charger revealed nothing.. They're all good.. But pulling fuse 44 caused permanent code U1838.
At the dealer, they said it needs 5 hours of programming updates. No other faults found (of course!) At a cost of $600 Is there any other way to get the updates other than thru the dealer?
Click to expand...

This is what I did when my car completely locked out due to 12 v battery being draned and stopped driving completely. 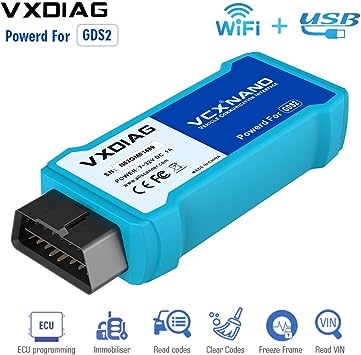 this tool comes with actual GM dealer software and subscription.

Joined Sep 17, 2015
·
41 Posts
Hi everyone for me "P0AF8" it turned out that I had to get two parts replaced. The onboard car charger was misdiagnosed and replaced (or may also have been bad) then the dealer diagnosed the correct part being High Voltage Battery Disconnect Relay 24297383. This turned out to be the correct part and the car has been working flawlessly and charging without issue for past 4 months now. God willing it keeps running strong like this forever.
R

Joined 9 d ago
·
1 Posts
I had this exact problem. Mine turned out to be the onboard charger that came unplugged from a small accident the previous owner had (exactly on that passenger front corner!). The contacts looked good in the charger and its plug in, so I sprayed it with electronics cleaner, reconnected it and put some silicone on it (to make sure it was sealed and to hold it on since the locking tab was broken) and it fully charged last night! Thanks to this forum and all the members for the WEALTH of knowledge here!